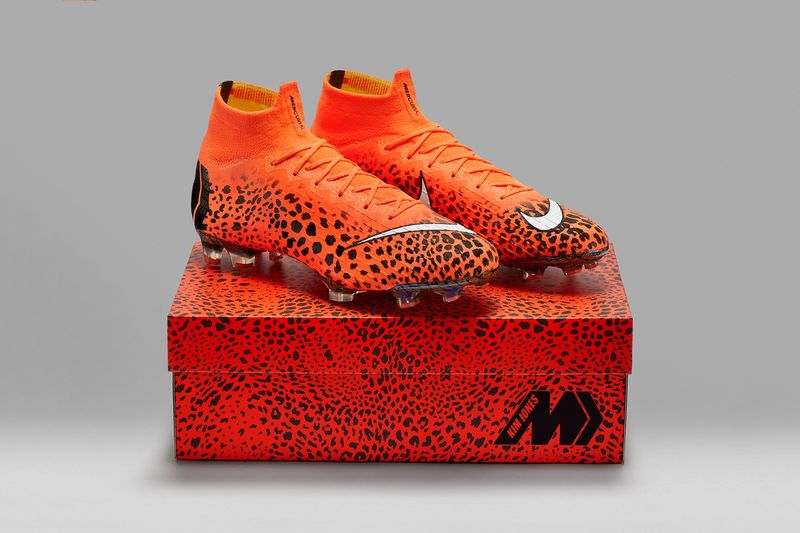 Riley von Niessen — March 3, 2018 — Fashion
References: instagram & hypebeast
Share on Facebook Share on Twitter Share on LinkedIn Share on Pinterest
Famed British fashion designer Kim Jones recently joined forces with Nike to come up with a fresh iteration of its 'Mercurial Superfly 360' cleats. Jones explained his desire to work on the athletic design by saying, "Football gives young people a common goal and allows them to be a part of the community, connecting with the rest of their community in real life on the field rather than just digitally."

The new cleats have a bold aesthetic, with a vivid hue of orange overtaking the uppers, which is contrasted with a black cheetah print pattern. On the outer sides of the uppers, Nike's Swoosh logo is included in white with a black border, and Kim Jones' name is featured on the backs of the heels. The toes of the cleats also feature the Swoosh logo, and the bottoms of the soles are finished off with a heat map-inspired design.