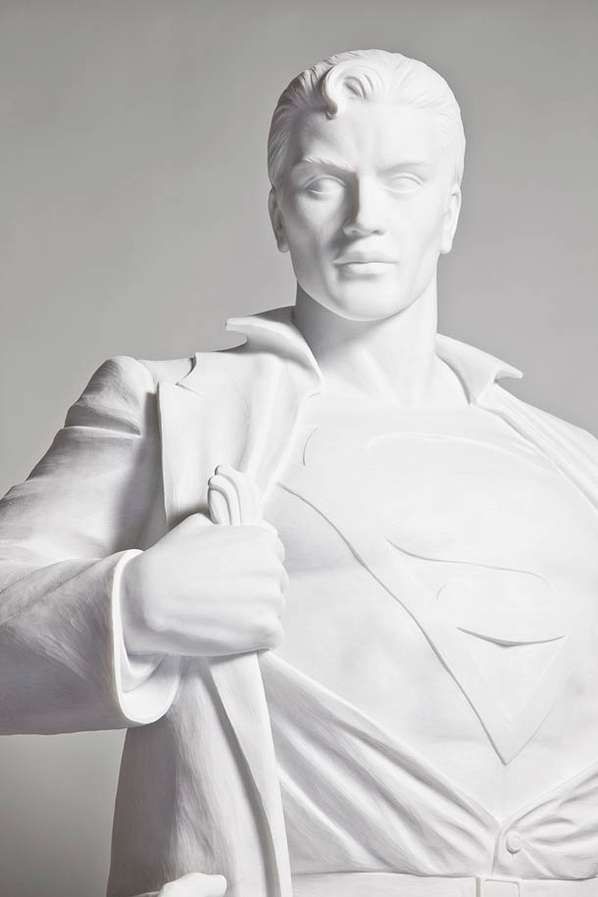 Jason Soy — May 28, 2012 — Pop Culture
References: mauroperucchetti & ufunk.net
Share on Facebook Share on Twitter Share on LinkedIn Share on Pinterest
It’s rare for modern artists to create marble sculptures reminiscent of the works of masters from ancient civilizations, but Mauro Perucchetti tries his hand at the lost craft and succeeds immensely. Not unlike people centuries ago, Perucchetti depicts mythic characters with his statues. Since the closest modern equivalent to such legendary figures are superheroes, Perucchetti has sculpted Superman and Batman together in this jaw-dropping masterpiece.

Mauro Perucchetti’s interpretation of Batman is posed very much like Adam in Michelangelo’s ‘The Creation of Adam,’ once again connecting his work with the brilliant art of people that came before him. Superman, a character many consider to be godlike, stares down on the Dark Knight in the same position God does in the aforementioned painting. Maybe centuries from now, an artist will mimic these poses, basing their sculptures on Perucchetti’s work.