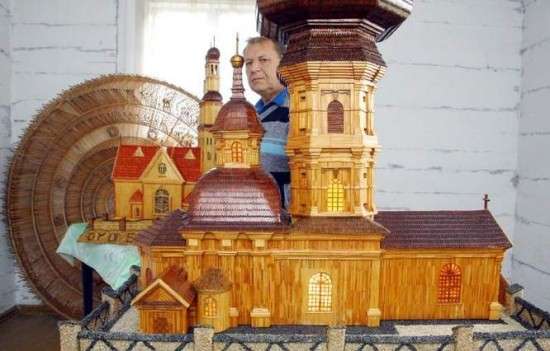 The five foot tall structure was created out of an astonishing half a million matchsticks, which was originally intended as a gift to Pope Benedict XVI. The church replica even comes equipped with stained glass windows, which is illuminated from the inside with the help of a mounted bulb. Using matchsticks, pieces of cardboard and microscopic slides, this structure is one among several replicas that he has created of well known churches from around the world. Each project that he pursues requires a tireless amount of time as well as careful attention and effort. The 58 year old self taught artist has dedicated 40 years of his life to creating these masterpieces.

The intricate and delicate matchstick art piece is a marvel to look at, which is owed to the extremely talented and patient artist.
0.7
Score
Popularity
Activity
Freshness
Attend Future Festival Virtual