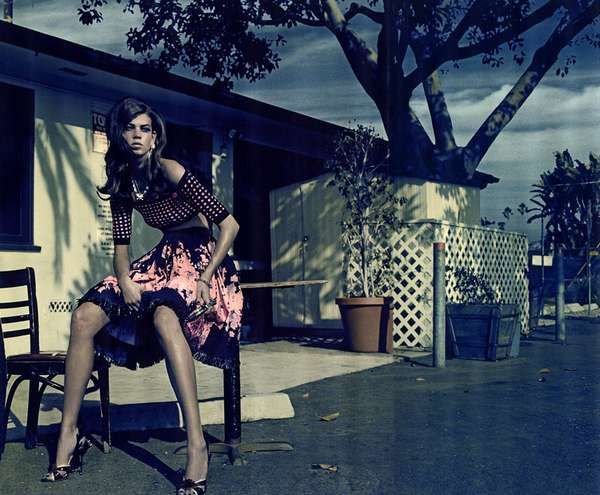 Meghan Young — March 21, 2012 — Fashion
References: marieclaire.it & fashiongonerogue
Share on Facebook Share on Twitter Share on LinkedIn Share on Pinterest
The Marie Claire Italia April 2012 cover shoot, which was ironically titled ‘Perfect Day,’ looks dark and stormy, even though the occasional blue sky is discernible behind the dingy gas station and motel setting. This climate adds a dramatic aesthetic to the editorial itself and, as a consequence, the retro-inspired outfits. The model also has a moody disposition, as though she were internalizing her surroundings.

Shot by Casablanca-born photographer Jacques Olivar, the Marie Claire Italia April 2012 cover shoot stars Alexandra Tomlinson. The American beauty was styled by Elisabetta Massari, who chose a wardrobe of elegant pieces from fashion houses such as Versace, Salvatore Ferragamo, Dior and Moschino—not from the vintage racks that they look like they were pulled off of.
6.3
Score
Popularity
Activity
Freshness
Access Advisory Services