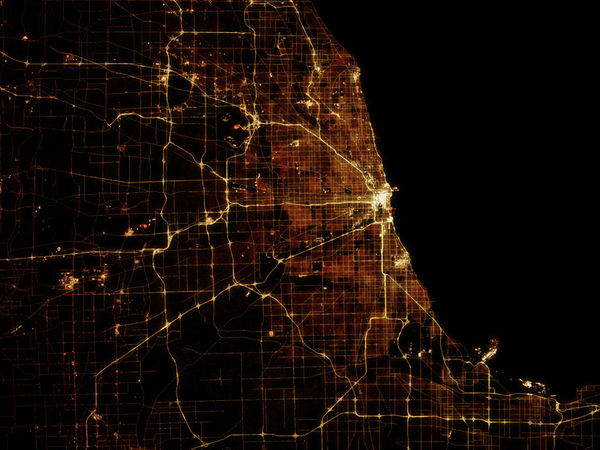 Jamie Danielle Munro — April 24, 2014 — Art & Design
References: etsy & designboom
Share on Facebook Share on Twitter Share on LinkedIn Share on Pinterest
Marc Khachfe is an artist who was absolutely blown away by the beauty of some of the images astronauts were able to take from space. However, when he tried to enlarge these snapshots, he found that most of the time they came out too blurry. In order to fix this problem, Khachfe composed his own "map-like images composed of multiple layers of photographs and data," according to DesignBoom.

It's stunning to take a look at how certain cities look from space, especially when lit up by artificial lighting at night. In essence these lights create a map of the area, outlining various city streets and sections. London especially has a sprawling effect when rendered in this way, stretching out for miles on end.