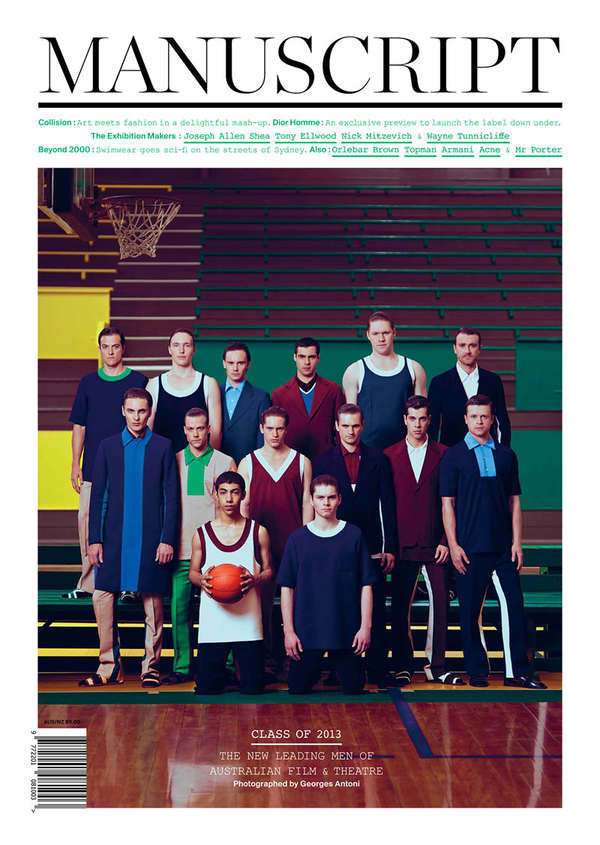 The Manuscript Magazine Class of 2013 Editorial is Academically Elegant

Georges captures 12 of Australia's most talented emerging actors from its film and theatre scene as they pose in a high school gym setting. The guys are outfitted by stylist Jolyon Mason, sporting effortlessly cool tees, athletic tanks, tailored suits and color-blocked shirts while holding the most stoic of poses.

Resembling a nostalgic school picture, the Manuscript Magazine Class of 2013 cover story celebrates one year of the edgy publication while shining a spotlight on some of Australia's top emerging talent. From its stoic subjects to its clever visual concept, this unexpected editorial turns actors into models.