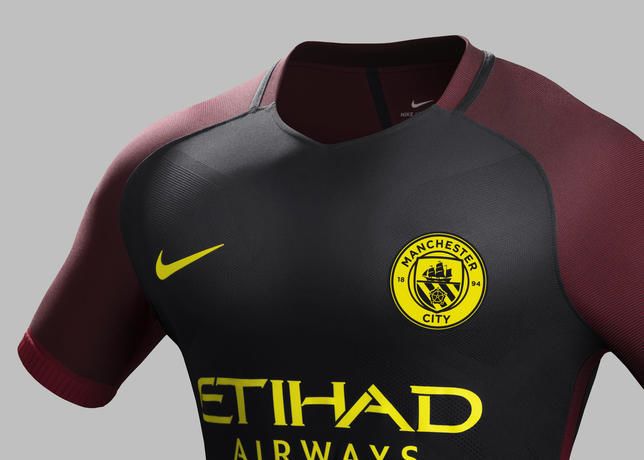 The Manchester City Away Jersey Pays Tribute To a Local Symbol

Indeed this season's Manchester City away jersey is inspired by the humble worker bee, seven of which are featured in the team's coat of arms. This explains why this particular jersey makes use of a very bold and vibrant yellow detailing which is designed to pay tribute to the worker bee's yellow stripes. The kit is also inspired by vintage red and black kits of the team's past.

This soccer jersey is a fine example of high-tech sportswear technology co-existing with traditional design schemes.