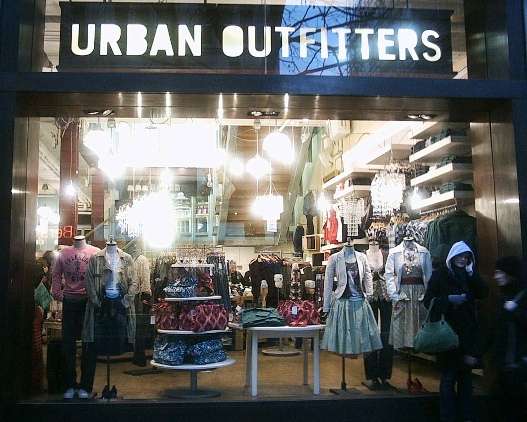 For instance, we are seeing an increased amount of record stores carrying clothing, bookstores carrying music, retail stores carrying home décor and having in-store concerts--as well as some superstores providing all of the aforementioned products in one convenient location.

Stores seem to be thriving on selling a lifestyle and culture rather than a specific product. Now this might not seem like a revolutionary concept, but it is an interesting one to look at in the context of our current economic state.

To highlight this amalgamation of products thrown together to create a specific 'identity' are the partnerships between top industry magazines and retail stores. These relationships have become more prominent (and successful) over the last few years. For example, Vice and Aritzia have created a mini-magazine entitled “Secrets and Lies” together, advertising Aritzia’s clothing with the recognizable styling of Vice Magazine.

Urban Outfitters sells a slew of Nylon Magazine-branded goods such as books, artist series plates, DVD’s, CD’s, and MP3 covers. Racked.com notes, "Urban Outfitters creative director Kevin Lyons said Urban is open to any product category Nylon suggests. 'As the line grows, both of us can grow together,' he said."

And they have done exactly that.

It is hard to narrow in on what will be next in the future of lucrative relationships, but one thing is for certain: In a time of economic crisis, it doesn’t hurt to have friends.
2.8
Score
Popularity
Activity
Freshness
Get Better and Faster