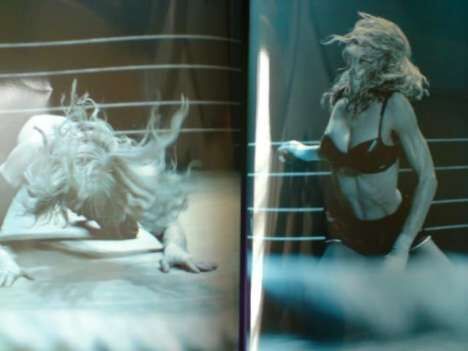 Madonna Threatens To Kick Sarah Palin's A$$ on Tour

Madonna made her feelings quite clear by declaring that Sarah Palin isn’t welcome in her concert or party and should get off of her street. Madonna goes as far as threatening to “kick her ass”.

Madonna brilliantly ends her rant with, “It’s nothing personal” and “I love her soul”.

When asked about her aggressive heckling on the red carpet of the NY screening of her directorial debut, Filth & Wisdom, Madonna downplayed the whole thing.

“It’s a metaphor,” Madonna said. “She’s in the Republican Party, I’m in the Democratic Party.”

Check out another version of the heckling in which Madonna gets even more passionate about “Sarah f^cking Palin”, and goes on demanding to “get that b!tch out of here”. The action starts around the 1:40 minute mark.

Metaphor or not, I like the attitude. It goes along well with Madonna’s boxing persona for her Hard Candy album.
6.9
Score
Popularity
Activity
Freshness
Attend Future Festival