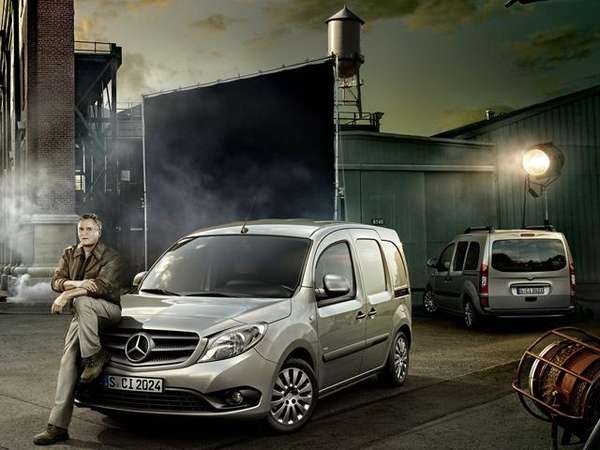 ‘Macgyver and the New Citan’ Brings the Inventive Agent B

Michael Hines — August 15, 2012 — Autos
References: www5.mercedes-benz & carbuzz
Share on Facebook Share on Twitter Share on LinkedIn Share on Pinterest
Mercedes-Benz is going back in time with its new web series ‘MacGyver and the New Citan.’ Yes, you heard correctly, MacGyver is back on—kind of anyways. In case you didn’t know, the Citan is Mercedes-Benz’s European utility van. The van is the secret agent’s vehicle of choice and star of the new series. A utility van isn’t anywhere near as flashy as some of the cars from MacGyver’s past contemporaries such as ‘Knight Rider’ and ‘Miami Vice,’ but hey, you’ve got to grow up sometime.

The trailer for ‘MacGyver and the New Citan’ is short, but the good news is that Richard Dean Anderson hasn’t missed a beat after 20 years. There are a lot of guns, a bomb and a copious amount of Citan driving scenes. You can check out the trailer for the new MacGyver web series here. The three episode series is slated to debut in full on September 18th.