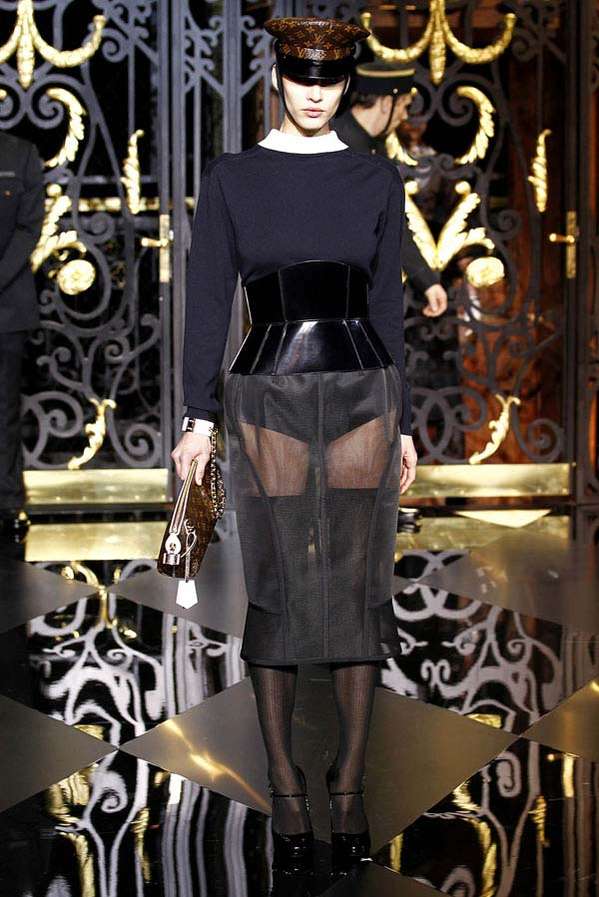 Set in the Louvre courtyard, the models appeared from one of four elevators, which were modelled after those in the Claridge's Hotel in London. The silhouettes were forties-inspired, with knee-length skirts and modest dresses with conservative white collars. They were contrasted with the use of leather, PVC and sheer fabrics, drawing from Jacobs' fetish inspiration. The models were accessorized with leather whips and 18-carat gold handcuffs, complete with chauffeur hats and wellington boots.

To close off the Louis Vuitton Autumn 2011 show, Kate Moss made a rare appearance on the runway. Moss casually smoked a cigarette as she modelled a rubberized jacket with Mongolian sleeves, sans pants.
6
Score
Popularity
Activity
Freshness
Get Trend Hunter Dashboard