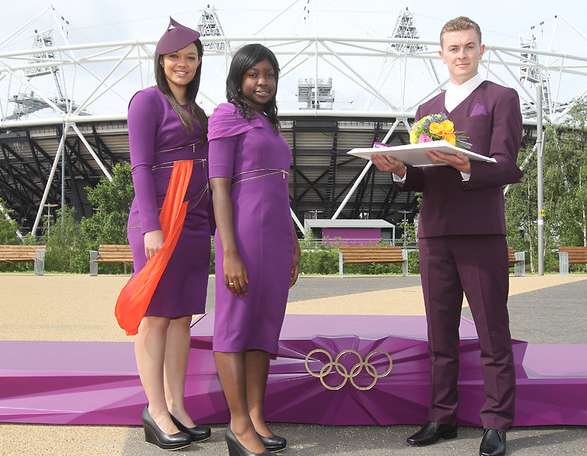 The attire boasts simple cuts, seamless patterns and a plum-purple hue. The minimalist suits feature sharp and angled elbow sleeves (which look like something out of 'Transformers'), while the dresses are topped off with a teardrop-fashioned hat (similar to those worn at the Royal Wedding last summer!). This year, the coveted job was given to design students Thomas Crisp and Trine Hav Christensen at the Royal College of Art, instead of a famed designer.