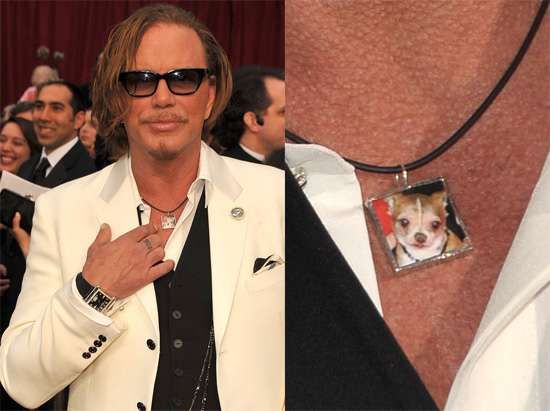 sara Harari — February 27, 2009 — Lifestyle
References: etsy & peoplepets
Share on Facebook Share on Twitter Share on LinkedIn Share on Pinterest
Mickey Rourke walked the red carpet at these past Academy Awards wearing his heart on his sleeve--or rather, around his neck. Loki, Rourke’s beloved Chihuahua, passed away just a short time before the awards show. Upon hearing the sad news, New York-based designer Betina Wassermann (who recently lost a furry companion herself) created the piece and sent it to the grieving actor.

To Wassermann’s surprise, she received a personal thank you from Rourke, who was evidently touched by the kind gesture. The pendant is made by soldering an image between two pieces of glass with a lead-free solder.

Wassermann makes pendants to order via her Etsy shop. They are double-sided, which allows the wearer to display two images. As of now, the jewelry designer makes all pieces herself by hand.
2.4
Score
Popularity
Activity
Freshness
Get the 2023 Trend Report FREE