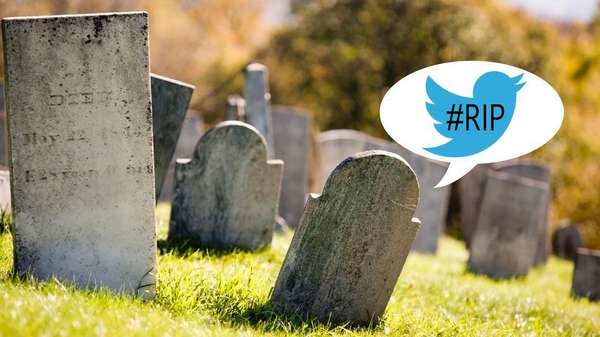 Andrew Sztein — February 26, 2013 — Tech
References: liveson.org & mashable
No true Twitter addict lets something minor like being dead get in between them and their Twitter feed; this is where the LivesOn app can help.

The LivesOn app from developer Lean Mean Fighting Machine creates a Twitter account for you while you're still alive. While you Tweet away, not realizing that every tweet brings you a few seconds closer to the icy grip of death, the LivesOn app analysis your tweeting habits, tastes and interests. The system also takes into account retweets and favorites into its algorithm to produce an accurate Twitter ghost of yourself.

The app also allows you to name an executor of your Twitter account who can then decide whether or not to leave your account active to creep out friends and family alike. I'd be remiss if I didn't mention the incredible tagline for the LivesOn app; "When your heart stops beating, you'll keep tweeting."
3.6
Score
Popularity
Activity
Freshness