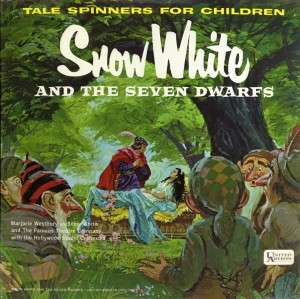 I lived in this once-upon-a-time world, and I loved it.

Trend Hunter’s own Sandra Winn recently wrote about the fact that many families no longer read classic fairy tales to their children because they are politically incorrect. (As if Harry Potter is politically correct.) This annoys me and I intend to provide rebellious parents who don’t want to be guilty of reading these stories to their children with a work-around: Download the audio version and let the kids listen to someone else reading them.

Hundreds of children’s stories have been uploaded to a site called Kiddie Records Weekly. They include many classic fairy tales, but also stories that even the most PC parent will find acceptable: ‘Tubby the Tuba,’ ‘Luke the Flying Duck’ and ‘Mr. Toad,’ to name a few.

There are still stories about cowboys and Indians, (cattle herders and Native Americans for the PC set) and some of the cover art is racially stereotypical. They’re great fodder for lively discussions with children about the way we perceive, depict and experience others.

Matt Bynum of San Antonio, Texas has uploaded stories to a site called Children’s Vinyl Record Series. It has my personal favorites, the brothers Grimm and Hans Christian Anderson’s fairy tales told by Danny Kaye. I downloaded them and shared them with a seven-year-old family member. It’s the first time in her little life that I’ve seen her sit still and listen. Afterwards, she drew the characters she imagined from hearing the tale. It was great fun for both of us.

I’m not a fan of censorship. I believe that parents should mentor children in the ways of the world, not keep it from them. Adults must determine what materials are age-appropriate for young minds and use exposure to controversial ideas as an opportunity to educate and open the child’s thinking. This a big challenge, but I think most responsible adults are up to it.

Enjoying the great wealth of classic tales, whether for children or adults, links us to one another over time and place. In a world that moves in at an ever-accelerating pace, it is important to create a space for connections to the arts, family, friends, and culture. This small bit of attention to detail enriches us and helps us to keep our lives in perspective.
2.2
Score
Popularity
Activity
Freshness
Attend Future Festival Virtual