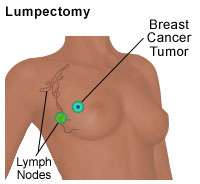 Doctors have found a way to reuse fat cells from liposuction to fix the breasts of women affected with lumpectomy after breast cancer. Stem cells from the lipo can be used to repair the crater-like dents left after cancerous regions were removed from breasts.

"In the new study, doctors suctioned fat from each patient, usually from her abdomen or hips. They extracted stem cells from half the fat, then mixed the cells in with the remaining fat and injected it into the lumpectomy site. The hope is that the stem cells and other "helper cells" will keep the transplanted tissue alive."

This new procedure would be much less evasive than other procedures. It's anticipated to cost between $3,000-$5,000.