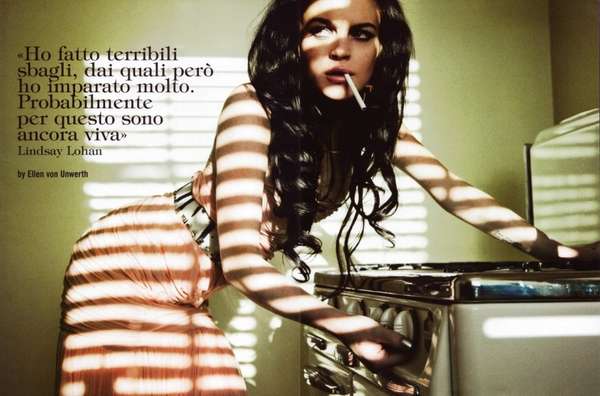 The whole spread was shot by photographer Ellen Von Unwerth, who is known to take incomparable pictures of celebrities. In the Lindsay Lohan Vogue Italia August 2010 spread, Lohan plays a retro role with thigh-high socks to give off that sex appeal.

Implications - Lindsay Lohan seems to have established an interesting niche for herself in the entertainment world. Despite her various (and seemingly constant) legal troubles, she can and will always be able to find work as the subject of the fashion world's most accomplished photographers. Lindsay Lohan, the magazine model, has a career as long as she photographs as well as this.
6.1
Score
Popularity
Activity
Freshness