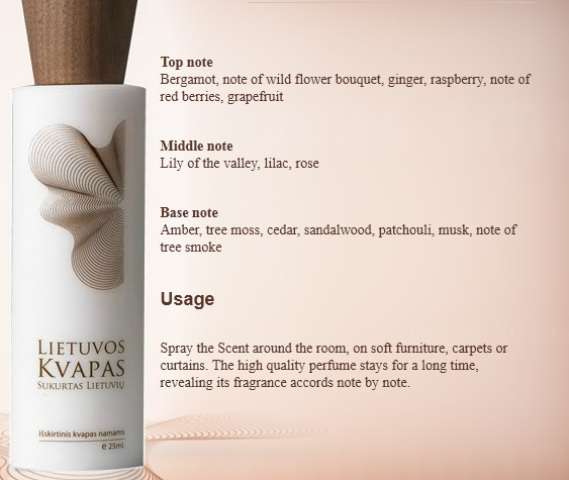 The Lietuvos Kvapas contains a mixture of many things including raspberries, bergamot, wildflowers and grapefruit. 1,000 bottles of the $35 scent have been sold since its release earlier in the year, with most going to government officials eager to show off the smell of their country.

While Lietuvos Kvapas may sound silly, the idea behind it is quite brilliant and surprisingly patriotic. Dainius Rutkauskas, one of the men behind the scent, is attempting to get people talking about modern-day Lithuania as opposed to the Eastern Bloc satellite state that most know it as. Whether or not it will work out is up for debate, but a Lithuanian-themed candle and tea light have just been released.
0.4
Score
Popularity
Activity
Freshness
Get the 2021 Trend Report FREE