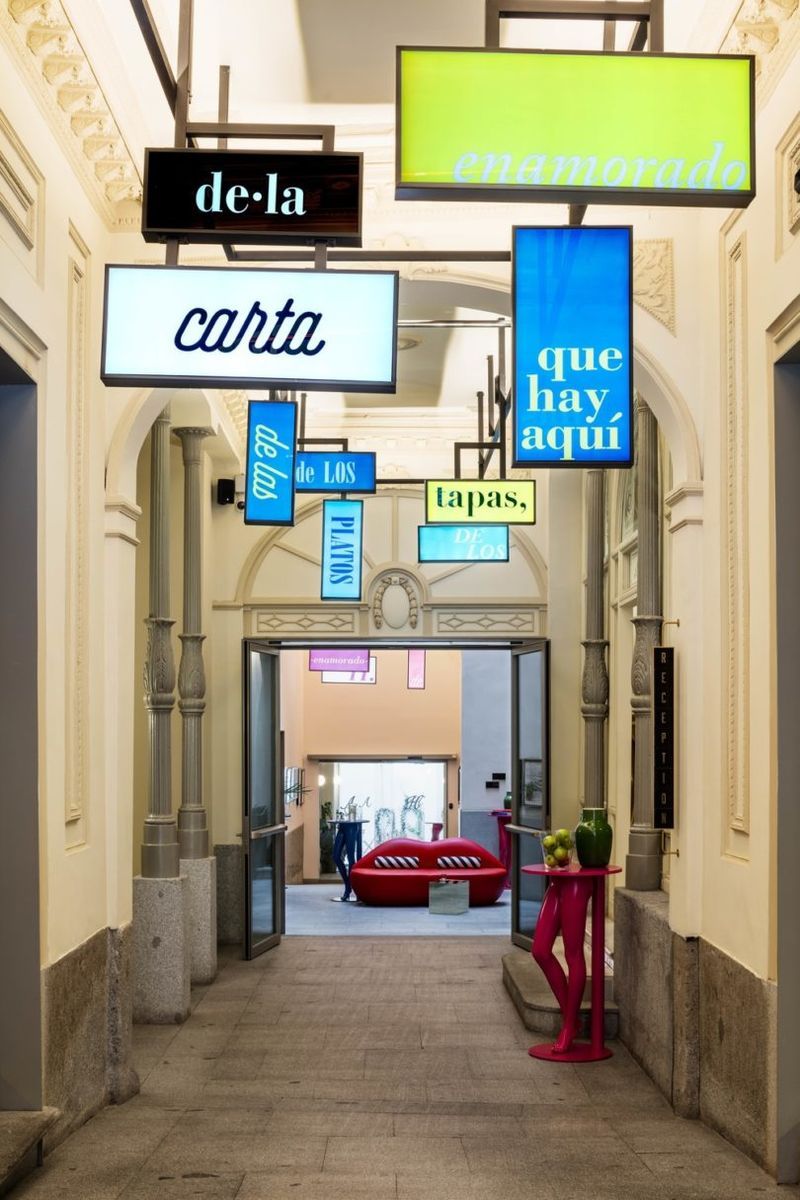 Kalina Ned — June 22, 2019 — Art & Design
References: axelhotels & design-milk
Share on Facebook Share on Twitter Share on LinkedIn Share on Pinterest
LGBTQ-friendly hotels are on the rise as the movement is seeing an increase of support both within and outside of its borders. Recently opened its doors to travelers, the Axel Hotel Madrid is located in El Barrio de Las Letras — an area in the city which a lot of literary figures frequented. The architecture and design of the hotel offer a wonderful juxtaposition that boldly balances lavish baroque motifs with slick modern aesthetics.

The idea behind the hospitality establishment is to "exude an atmosphere of liberty." The design team focused on the use of color, sculptural motifs and neon signage to communicate this.

The Madrid location is just one of the LGBTQ-friendly hotels under the Axel chain. Other cities include Miami, Maspalomas, Ibiza, Venezia, Berlin, and Barcelona.