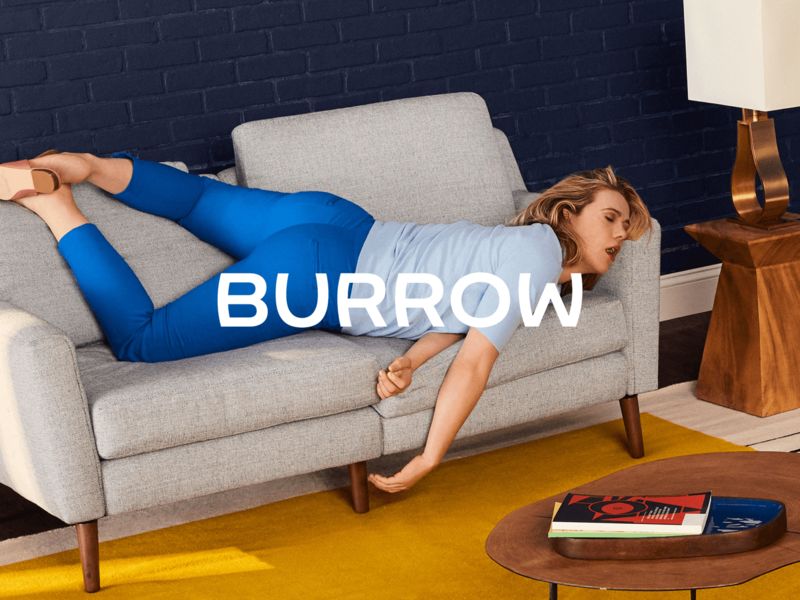 Burrow is at the Intersection of Style, Comfort & Affordability

Kalina Nedelcheva — February 11, 2019 — Marketing
References: redantler & behance.net
Share on Facebook Share on Twitter Share on LinkedIn Share on Pinterest
A good leisure couch is hard to come by, especially when one has financial restrictions. Burrow is a company that has created a sofa that is style-friendly, affordable, and comfortable. The brand is launched with the nomadic millennial consumer in mind.

To build an identity, Burrow tapped Brooklyn-based design agency Red Antler who developed a visual language, user experience, logos and basically shaped the presence of the brand as observed by consumers. Burrow's leisure couch was debuted in a tongue-in-cheek campaign created by Red Antler. The marketing project ran on TV, on the subway, as interactive storefronts, and in the digital space. It's aesthetics effortlessly resonated with a younger crowd and a survey revealed that "60% of people attributed their purchase of a Burrow sofa to the campaign."
7.3
Score
Popularity
Activity
Freshness
Get Better and Faster