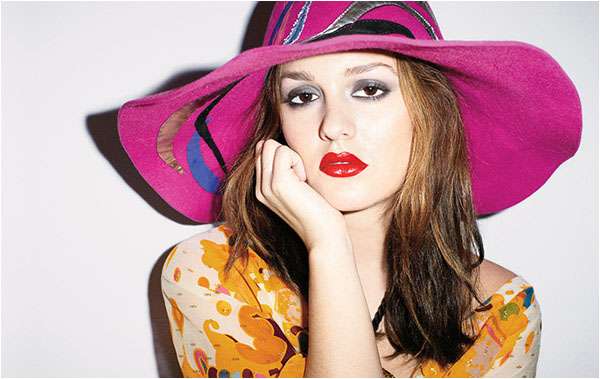 Leighton Meester is ‘The Girl with Kaleidoscope Pants'

Wearing a fire-red lipstick shade, Leighton is captured by Terry Richardson who recently shot her alongside fellow “Gossip Girl” stars for Rolling Stone.

Leighton explains in the interview that her style is very different than that of her character on the show: “Her style is a little expensive for my taste, but it loudly communicates that she is who she is and that she does what she does. I find that admirable. And she’s always dressed appropriately, which I can’t always say about myself.”