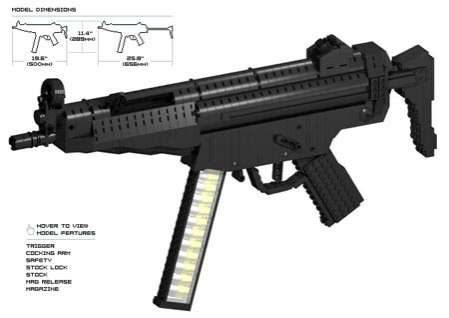 â€œWe are the world leader in custom Lego weapon models," BrickGun says. "We specialize in creating the coolest, most realistic kits that can be built using genuine Lego parts. Each model is life-sized, with accurate dimensions and details. They feature functioning mechanics such as triggers, hammers, slides, safeties and magazines so they not only look like the real thing, they work like the real thing as well."

The limited edition MP5 has already been sold out, but lots of the other handguns are still available. Kits range from $40 to $60.
6
Score
Popularity
Activity
Freshness
View Innovation Webinars