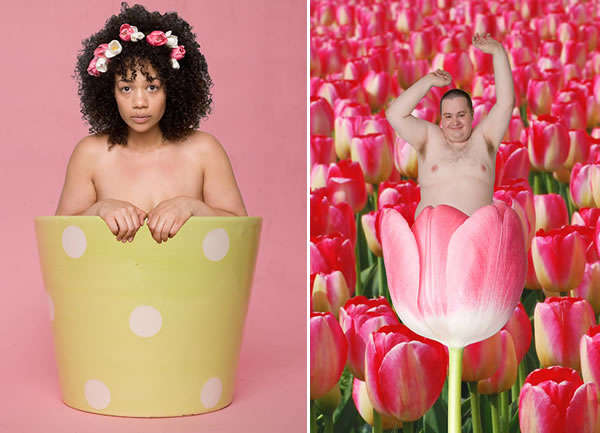 Meghan Young — August 29, 2012 — Pop Culture
References: vice & neatorama
Share on Facebook Share on Twitter Share on LinkedIn Share on Pinterest
The editorial by photographer Lee Goldup for VICE Magazine pays tribute to fellow famed photographer Anne Geddes. The publication reasons that as the best selling photographer in the world, the New Zealand-based Australian native is the best photographer in the world. Although that is probably a flawed belief, it does show why they have chosen to mimic her work over anyone else's. Another reason is spoofing her whimsical infant photography.

Art directed by Jamie Lee Curtis Taete, the editorial by Lee Goldup for VICE Magazine revolve around grownups, not babies. Nevertheless, these adults have been photoshopped into impossible scenes such as propped in a coffee cup and cradled in giant hands. Adorably unbelievable, this is what it would be like if Geddes shot grownups. Of course, her images probably wouldn't looks as creepy.
6.3
Score
Popularity
Activity
Freshness
View Innovation Webinars