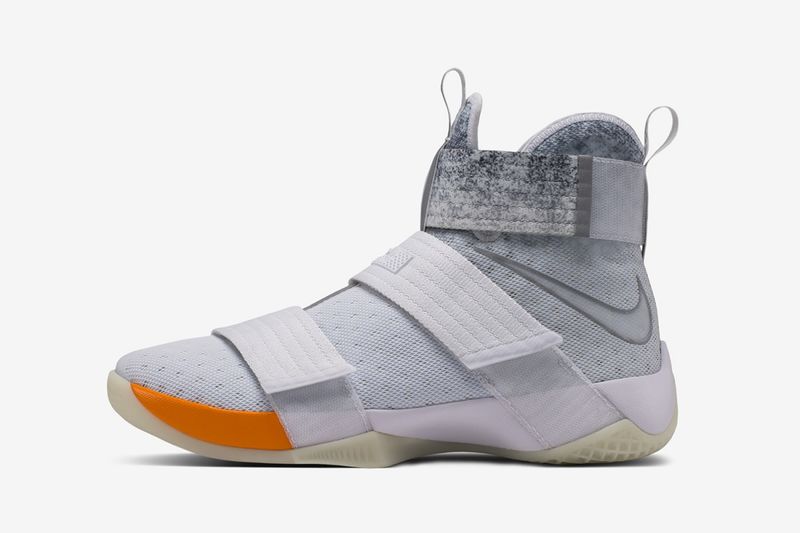 The 'Lebron Soldier X' Was Made by Designer John Elliott

The primary purpose of the model's update was to commemorate the opening of a new Nike store, reports Highsnobiety. Located in the SoHo neighborhood of New York's Manhattan, the location's opening will coincide with the launch of the LeBron Soldier X.
Those interested in purchasing the collaborative design will only be able to find it there.

Like past versions of the popular model, the LeBron Soldier X has a futuristic-looking silhouette that's sure to make a statement. To contrast this however, the colorway is relatively subtle -- with white and gray making up its majority.
3.7
Score
Popularity
Activity
Freshness