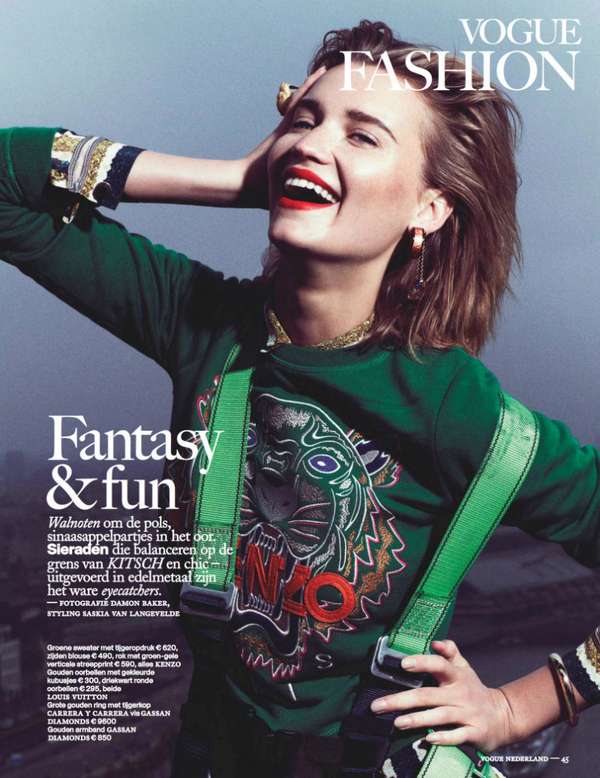 The Laura Blokhina for Vogue Netherlands Editorial is Uber Happy

Meghan Young — August 21, 2012 — Fashion
References: vogue.nl & fashiongonerogue
The editorial starring Laura Blokhina for Vogue Netherlands is colorfully lighthearted. Although, the big smile on her face brightens up the entire photoshoot more than the clothes themselves. In fact, the outfits are not as colorful as they first appear. There are colorful accents, such as a green harness and vibrantly printed jacket, but overall there is a dark quality that is suitable for the fall season.

Shot by photographer Damon Baker, the editorial starring Laura Blokhina for Vogue Netherlands is set outdoors on a rooftop overlooking a bustling metropolis. Captured for the September 2012 issue of the magazine, the photoshoot was styled by Saskia Van Langevelde. She pulled pieces from the racks of Kenzo, Louis Vuitton, Céline, Gucci, Burberry Prorsum and more.
2.6
Score
Popularity
Activity
Freshness