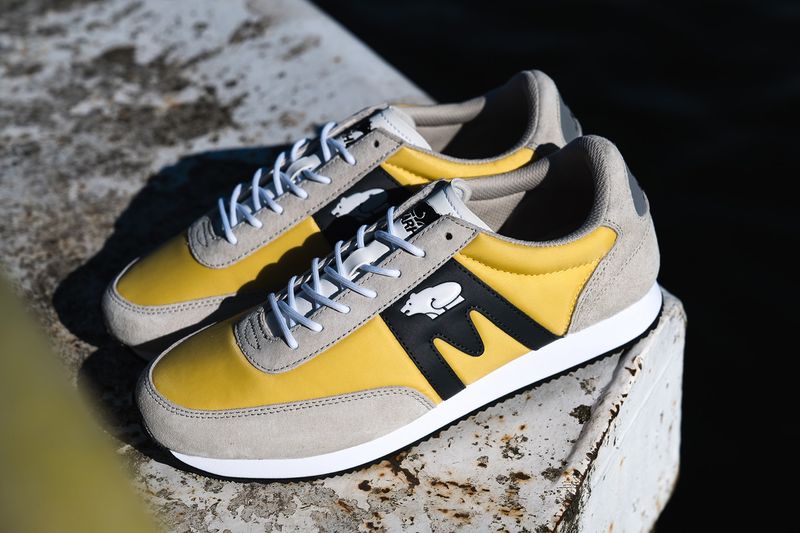 The Laulujoutsen Pack by Karhu Looks to Archives from 1985

Amy Duong — May 2, 2018 — Fashion
References: karhu & hypebeast
Share on Facebook Share on Twitter Share on LinkedIn Share on Pinterest
Finnish footwear label Karhu draw inspiration from its archives and the Finnish whooper swan for its latest Laulujoutsen sneaker pack. The new footwear piece takes on a strong influence from a colorway that made its first appearance back in 1985—it was a blend of light gray suede and soft yellow nylon, accented with a dark gray "M" logo.

In addition to paying homage to its archives through hues, the colorway also resembles the Finnish whooper swan, also known as the "Laulujoutsen." Hence, the sneaker pack received its name, and the series features a total of three Karhu sneaker silhouettes. This includes the Aria, the Albatross, and the Fusion 2.0 sneakers -- all of which boast a light gray suede upper crafted from pigskin and tonal details of yellow. The Laulujoutsen pack will be dropping online at Karhu and at select stockists beginning May 4th.
3.5
Score
Popularity
Activity
Freshness
Get Trend Hunter Dashboard

Tonal Suede Sneakers
New Balance Prepares for Spring by Giving the 991.5 a Makeover