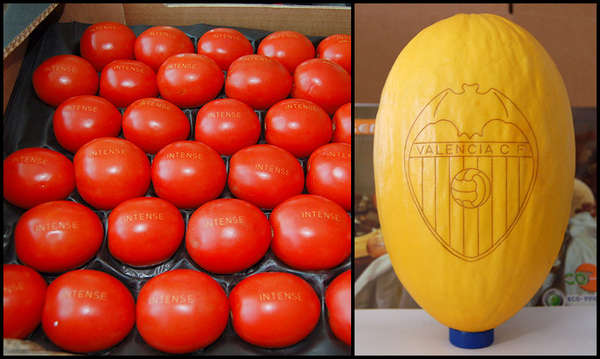 Meghan Young — June 26, 2013 — Lifestyle
References: laserfood.es & core77
Share on Facebook Share on Twitter Share on LinkedIn Share on Pinterest
Laser Food, a company based in Alzira, Spain, will be benefitting from a recent ruling in the United Kingdom very soon. The ruling states that a ban on coating fruit in certain chemicals is now null and void. Essentially, this will involve the decline of the common stickers used on fruits and vegetables in favor of laser-etching. On paper, it is a sensible move considering the cost that goes into the ink, adhesives and paper that make these stickers.