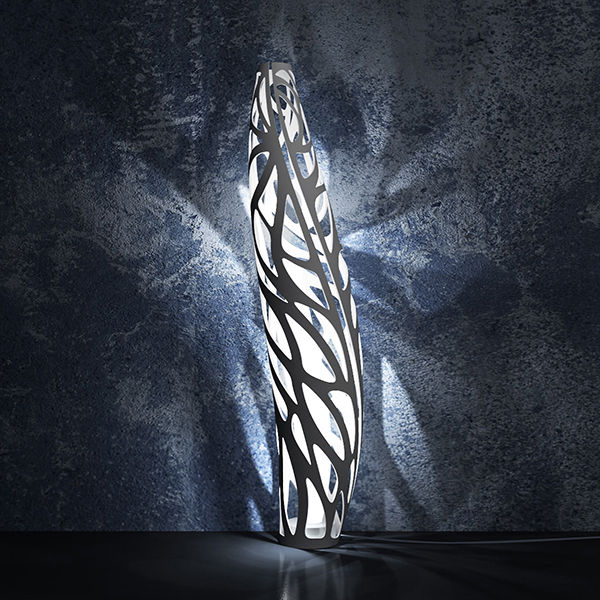 The Bionic Floor Lamp by Ol'ha Shevchenko is Intricately Futuristic

Meghan Young — January 8, 2015 — Art & Design
References: behance.net
Bionic is a laser cut light that rises from the floor like some kind of alien relic. As though embracing a not so distant future, there is something sci-fi about its design, which is signaled by its robotic name. Yet there is something very delicate about the laser cut light as well, which will be appreciated by those who aren't necessarily drawn to such a genre.

Designed by Ol’ha Shevchenko, the Bionic laser cut light is even more dramatic when turned on. Its bright white glow is tempered by its cutout shade, casting visually striking shadows against its surroundings. Basically shedding an indirect illumination, the laser cut light is thoroughly dynamic, bringing a sculptural element into the home and the office.
3
Score
Popularity
Activity
Freshness