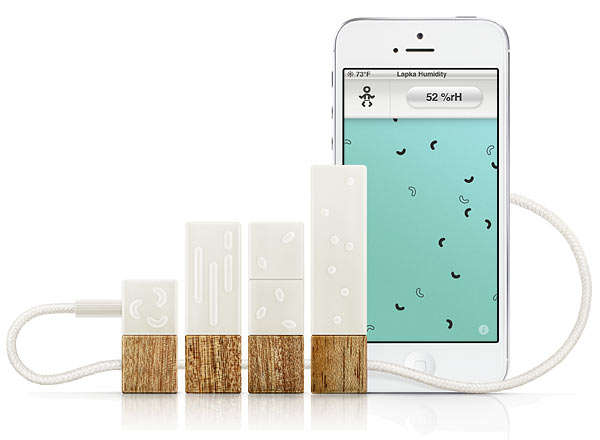 Unfortunately, the contemporary world is suffering under a high degree of pollution. With this gadget, however, iPhone users can see where the air is cleanest, and can make more of an effort to situate themselves in areas with low levels of pollution.

The Lapka Personal Environment Monitor is able to monitor several different things: radiation levels, humidity, nitrate levels in fruits and veggies, and EMFs. EMFs, or electromagnetic fields, are small fields of electromagnetic radiation emitted from devices like computers and cell phones. Using this gadget to see which areas in your house are least effected by EMFs can help make decisions like where to place a bed or crib, so as not to be in the path of an EMF.

With this ingenious gadget, smartphone users can finally gather information about the world around them at a moment's notice. No longer will people be unaware of what's floating in the air. Instead, they can understand what's going on in front of their eyes, and make sure that they, and their families, are safe.
2.7
Score
Popularity
Activity
Freshness
View Innovation Webinars