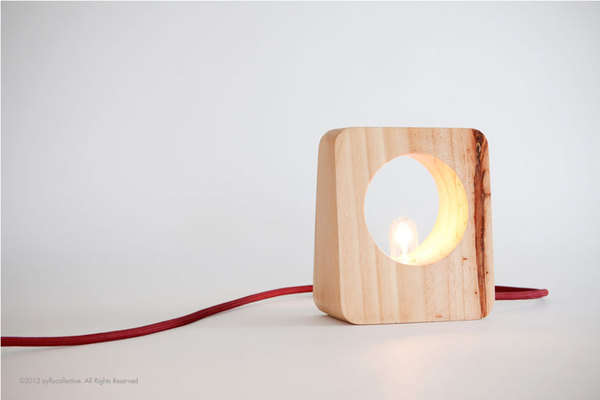 Amelia Roblin — May 10, 2013 — Art & Design
References: behance.net & furnitureserved
The designer began with a simple block of wood to create the Lamparini, but the resultant light fixture is much lovelier than one might guess. The Ayllu Collective cut a square from Peruvian pinewood, giving it an average thickness of about half of its height; it's been enhanced with a tapering profile so that it stands on a slightly broader base.

A round incision was made into the core of the object, accommodating the installation of a lightbulb. The circular frame serves to block some of the light that's emitted to the sides of the Lamparini, yet it shines with full intensity through the open front and back. As an accent, a bright red cord escapes from part of the winsome wood grain surface.
4.9
Score
Popularity
Activity
Freshness