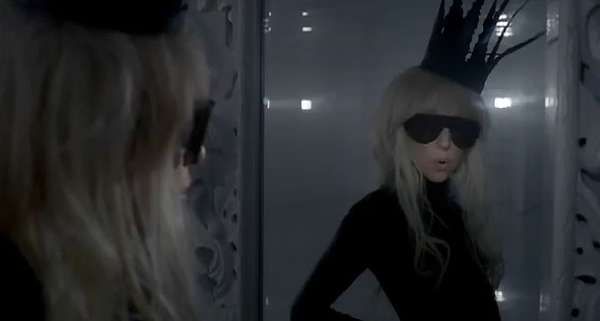 Lady Gaga in a Bad Romance Gets Dangerously Eccentric

Bianca — November 13, 2009 — Unique
References: youtube
Share on Facebook Share on Twitter Share on LinkedIn Share on Pinterest
Wow, you won't want to involve Lady Gaga in a Bad Romance after seeing this music video. The clip features her in multiple eccentric outfits and chaotic scenes; in one, her eyes appear to be literally bugging out of head, in another, she struts around in a glittery seafoam green jester suit with monstrous ballerina heels, while in another she's in the middle of floating diamonds. Then things take a turn for the freakier as we see Lady Gaga in a Bad Romance in white lingerie, dragging a polar bear carpet behind her in a white room full of white taxidermy. A few moments later, her pyrotechnic bra helps her seek the ultimate revenge.

Every time Gaga comes out with a video I'm convinced she's used every crazy idea in the book. After seeing Lady Gaga in a Bad Romance, I can't help but wonder how she could possibly think up something new -- but I can't wait til she does!
3.6
Score
Popularity
Activity
Freshness
Attend Future Festival