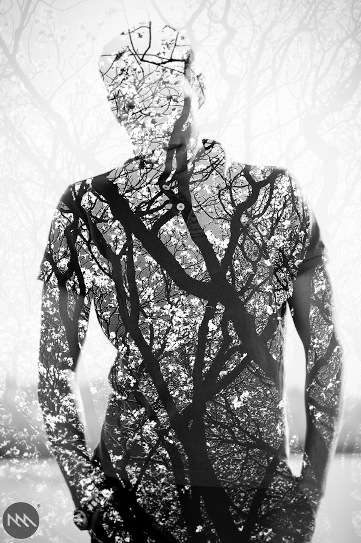 Sarah Nazim — August 29, 2012 — Art & Design
References: mymodernmet
The ‘La Double Vie’ by Michel Assaad intertwines two scenes to create these beautiful stark silhouetted forestry photographs. The artist used Photoshop to overlap each shot, creating a double exposure effect. From a distance one can only see the figures in the pictures; however, upon close inspection it becomes evident that there is more to the artwork than meets the eye.

It is also important to note that the artist chose to leave the pictures in black and white. Assaad states, "I wanted to keep things as natural as can be, that’s why you’ll find spots that could’ve been cloned out, healed or burned,” which gives one a sense that the artist did not want to distract from the simplicity of these pieces.