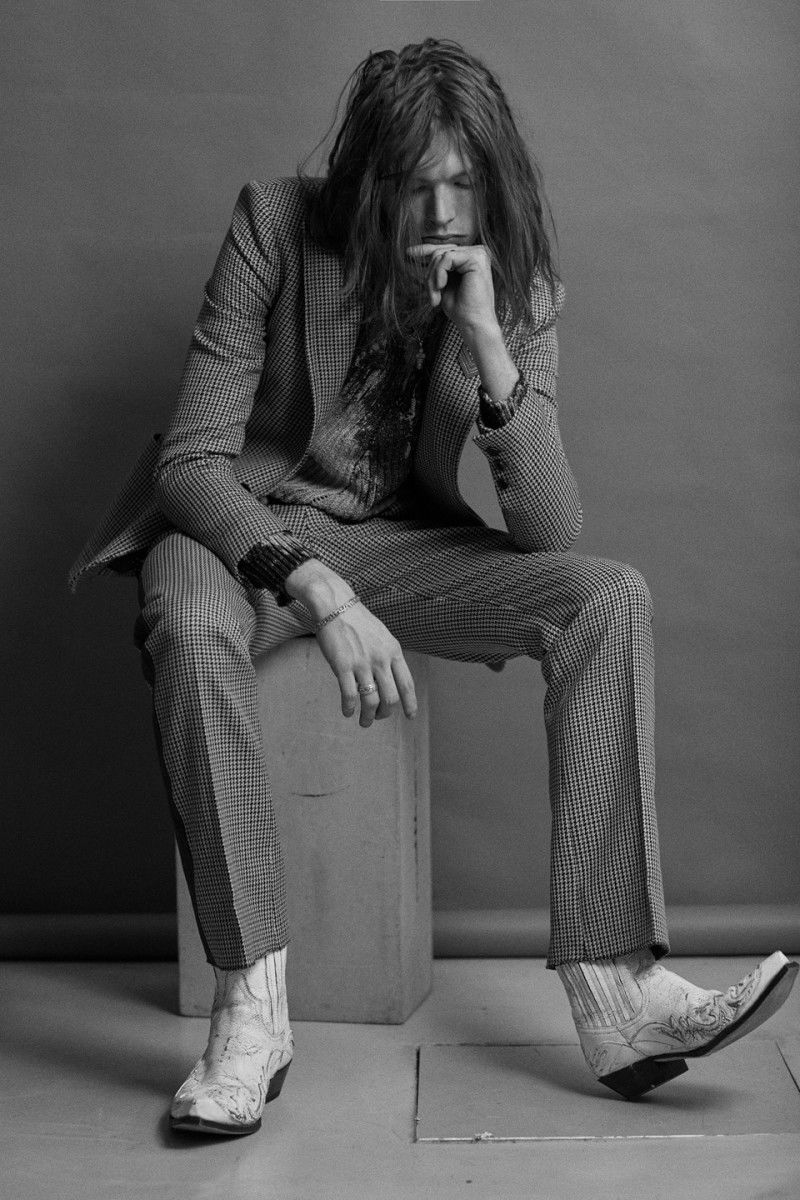 The glittery Kappa sweats are reminiscent of Ziggy Stardust. The combination of the white frilled blouse and the knee-length royalty-inspired leather trench eerily represent Prince, while the female sporting the golden glitter suit and militant headwear is almost identical to Madonna in 'American Life.'

In addition, the Millennial models bear a somewhat uncanny physical resemblance to rock stars like The Beatles, Rolling Stones and Axl Rose. Although Kurt Cobain's style is present in most designs as a playful grunge twist, the most obvious reference comes from a shot of a turned away shaggy-haired gentleman. He is wearing an open-chest velvet shirt and a studded belt. It definitely smells like teen spirit.
6.1
Score
Popularity
Activity
Freshness