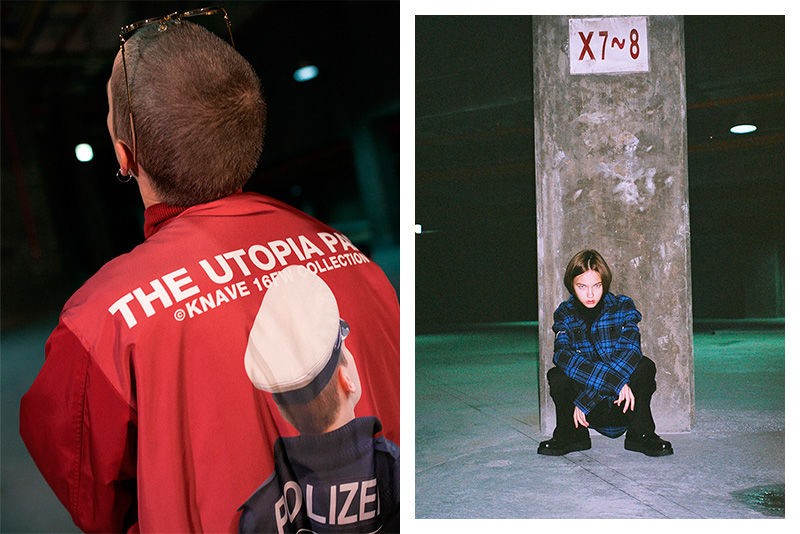 Riley von Niessen — September 21, 2016 — Fashion
References: facebook & fuckingyoung.es
A label with an interest in offering South Korean punk styles to its consumers, 'knave' is a fashion brand that knows how to combine contemporary and retro influences seamlessly.

This is seen in its latest lookbook especially. Titled 'Utopia Park,' the visuals for its Fall/Winter 2016 selection pays tribute to its use of vibrant color, as well as its ability to appeal to a younger demographic of males who fall out of the mainstream.

Centered around an old beat-up car, the lookbook's muses pose next to it and inside, allowing them to take advantage of the moody garage lighting that's further enhanced by red and turquoise illumination. The South Korean punk styles sport knave's branding throughout, with certain pieces including the Utopia Park title in addition to the brand's website on the back.
6.4
Score
Popularity
Activity
Freshness