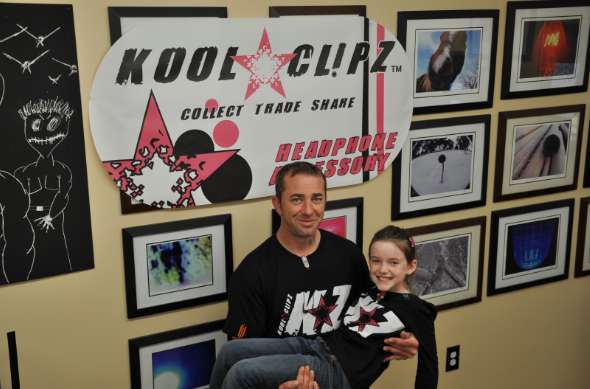 KoolClipz Have a Detachable Face to Take Tension off the Ears

Kool Clipz — October 31, 2011 — Fashion
References: koolclipz.biz & facebook
Share on Facebook Share on Twitter Share on LinkedIn Share on Pinterest
If you like to be active and have your music with you, KoolClipz is the product for you. Never be annoyed by your bulky earbuds again by always having them in the location you want them. These "detachable face" KoolClipz take the tension off the ears, and place them instead at the clip on the neckline. KoolClipz will be releasing their Fall/Winter 2011 collection shortly.

KoolClipz was founded by a father-and-daughter duo a few months ago. The process began from a mere concept all the way to manufacturing. KoolClipz, which is entirely made in America, will be released in approximately one month. You do not have to sacrifice style with these fun fashion accessories for earphones -- KoolClipz really is jewelry with function!
4.7
Score
Popularity
Activity
Freshness
View Innovation Webinars