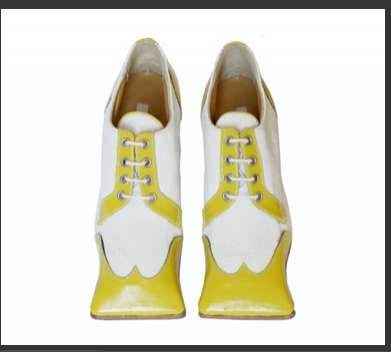 Footwear Gets Angular With Kicks From Koji Horigome

Shelby Lee Walsh — June 13, 2009 — Fashion
References: kojihorigome
These shoes from Koji Horigome are outrageous! Originally from Japan, Koji Horigome was schooled at the London College of Fashion at the University of Arts in London. Once he finished his BTEC Diploma in Fashion Production and his FdA in Fashion Design Technology, he began making eccentric collections like the one pictured above.

Implications - Using fashion for self-expression is not an unfamiliar concept. As more people become aware of a need to express themselves with clothing and accessories, fashion designers are producing more unconventional pieces. Popular designs are becoming more shocking and risque since consumers are more likely to purchase a product based on originality than ever before. Comfort is taking a back seat to creativity and style.
4.8
Score
Popularity
Activity
Freshness