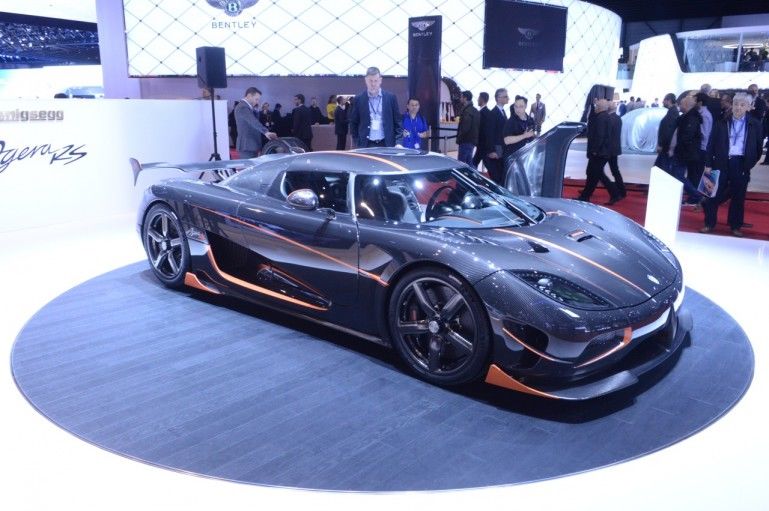 Rahul Kalvapalle — March 5, 2015 — Autos
References: koenigsegg & gizmag
Share on Facebook Share on Twitter Share on LinkedIn Share on Pinterest
The Koenigsegg Agera RS is a vehicle that reinforces Swedish supercar maker Koenigsegg's position as the supreme manufacturer of boutique supercars. Unveiled at the Geneva Motor Show, this vehicle is impressive for many reasons, not least of which the fact that every single component was designed and constructed in-house.

The Koenigsegg Agera RS's ridiculous power and performance is also thanks to its chassis, which is constructed out of carbon fiber and aluminum honeycomb and features integrated fuel tanks. The chassis -- with the tanks included -- weighs only 154 pounds, less than the average adult. That's pretty incredible.

Only 25 units of this ultra-exclusive vehicle will be manufactured, with 10 already having been pre-sol so if you have a fortune to spare and fancy yourself a top-of-the-line supercar, you might want to act fast.
5.2
Score
Popularity
Activity
Freshness
Get Better and Faster

Subtle Swedish Supercars
The Koenigsegg One: 1 Promises Horsepower Equivalent to Its Weight
play_circle_filled

Speedy Swedish Supercars
The Koenigsegg One:1 Supercar is Frightfully Fast Yet Unbelievably Light