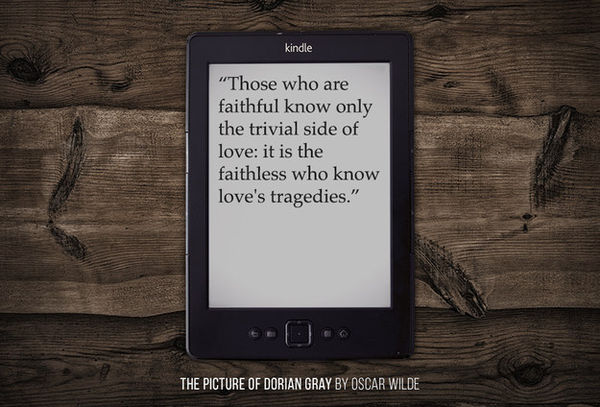 BuzzFeed Brings Us the Most Popular Kindle Quotes

Fans and users of the popular eReader already know that you can highlight passages and review them later. What they probably don't know is that Amazon has access to what you highlight, and that that information is public. Turns out, 80% of the most highlighted quotes are from Suzanne Collins' wildly popular dystopian series. While I certainly love myself some Katniss Everdeen, I would be interested to know what non-Hunger Games quotes made the list. Luckily, BuzzFeed's Daniel Dalton compiled the list to show what it would look like without the fantasy books.

The new list features some pretty popular titles from Stephen R. Covey's 'The 7 Habits of Highly Effective People' to Oscar Wilde's 'The Picture of Dorian Gray.' However, the number one quote comes from Jane Austen's 'Pride and Prejudice': "It is a truth universally acknowledged, that a single man in possession of a good fortune, must be in want of a wife."
5.8
Score
Popularity
Activity
Freshness
View Innovation Webinars