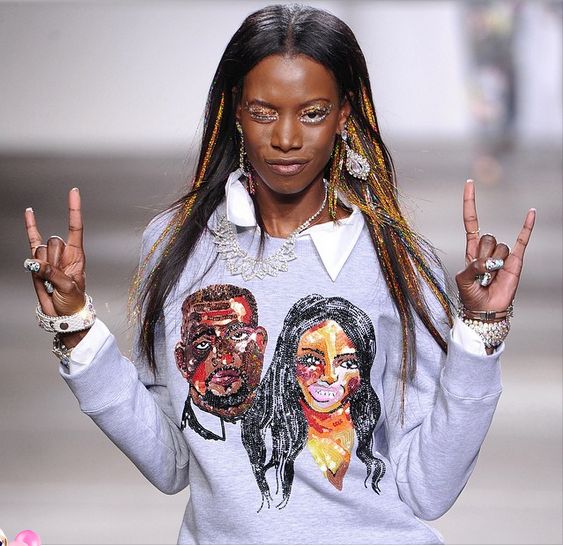 Meghan Young — September 17, 2014 — Pop Culture
References: ashish & popsugar
The Kimye Sweatshirt is making its rounds on the Internet today and for good reason. A controversial couple as is, to have their faces colorfully sequinned onto a shirt just shows how iconic the two are becoming in pop culture. Although the Kimye Sweatshirt will instill either love or hate in viewers, it is hard to knock the designer for exploiting their success for his own.

Modern and slightly grotesque, their portraits on the Kimye Sweatshirt may not be entirely flattering, but the concept certainly is. Honored during London Fashion Week in an unexpected way, the two are sure to get a kick out of the creation. Hopefully the Kimye Sweatshirt doesn't rub Kanye the wrong way. No one likes it when he's in a knot over something.
1.1
Score
Popularity
Activity
Freshness