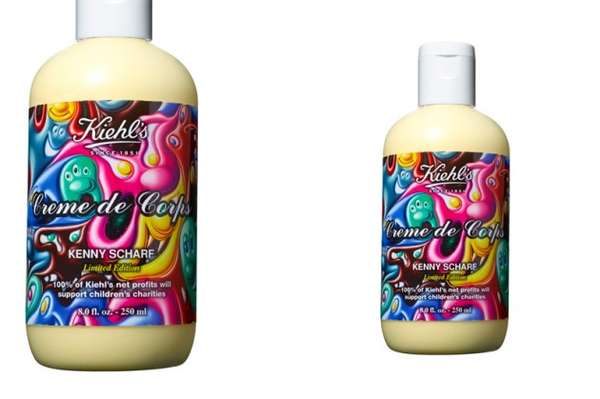 Erin Fox — November 5, 2012 — Fashion
References: kiehls & highsnobiety
The Kiehl's x Kenny Scharf collection is an intricate display of 1980s graffiti art, packaged up onto rainbow labels for the 2012 holiday season. The Kiehl's brand has teamed up with Kenny Scharf, who became famous in the 1980s for his thought provoking art work in graffiti. His boundary-pushing ideology made waves in the New York art scene, making him a great candidate with the traditional cosmetic brand.

Kenny Scharf has produced several products for the Kiehl's brand, including a small toy named 'Squirt' which is available only at the coveted French boutique Colette. 'Squirt' is a toy modeled after the artist's own quirky personality. The Kiehl's x Kenny Scharf collaboration has decided to dedicate 100 percent of the profits to associations protecting children around the world. The psychedelic vibe is a fun way to spruce up one's bathroom routine.
2.2
Score
Popularity
Activity
Freshness