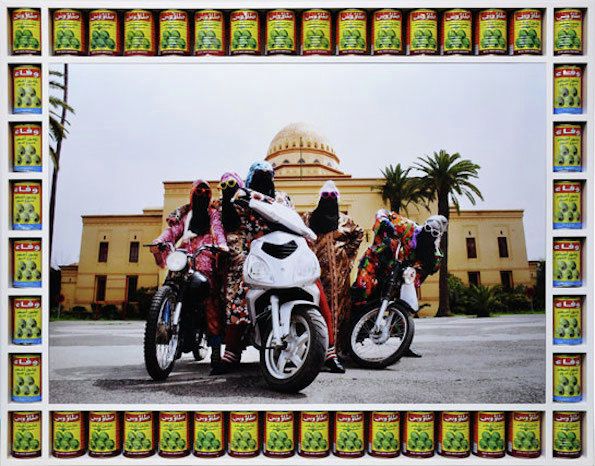 Meghan Young — February 4, 2014 — Fashion
References: taymourgrahne & itsnicethat
Share on Facebook Share on Twitter Share on LinkedIn Share on Pinterest
The photo series titled Kesh Angels by Hassan Hajjaj, a photographer born in Larache, Morocco, and based in London, United Kingdom, captures the biker girl gangs of Marrakech. Yes, they exist. Posing on their motorcycles, many of which are glorified scooters, in their brash designer labels and traditional hijabs, the images may seem contradictory to many. Yet it hones in on a niche culture that could easily be depicted as more controlled than controlling.

This is suggested through the unique borders enclosing the images making up Kesh Angels by Hassan Hajjaj. It's Nice That writes, "Each frame is custom-built from recognisable everyday objects, from Lego with Arabic lettering to cans of Fanta, so his subjects are literally surrounded by the influence of branding."
5.7
Score
Popularity
Activity
Freshness
Attend Future Festival