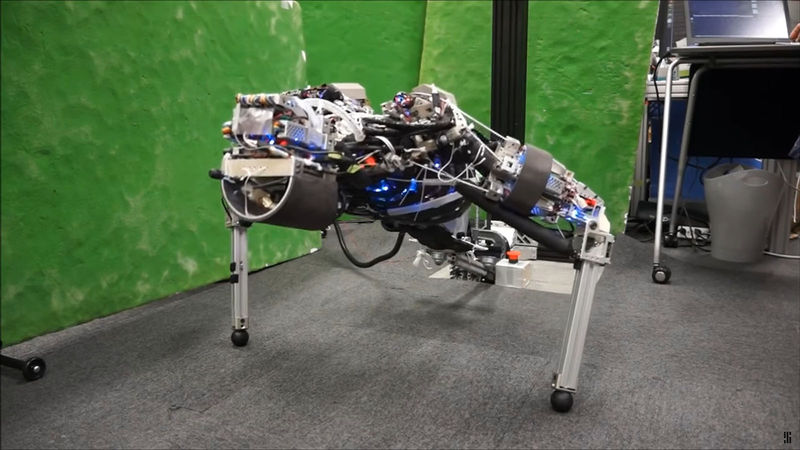 The Kengoro Robot Can Sweat to Increase Its Endurance

Anyone who frequents the gym knows the unfortunate feeling of stepping up to a machine that the previous user hasn't dried off, but they might not know that sweating is actually crucial from an evolutionary standpoint. The fluid keeps skin cool by diffusing heat more effectively. Kengoro, a robot built by scientists from the University of Tokyo, is able to similarly perspire to cool its motors while they are revving -- like when Kengoro does push-ups.

The perspiration system uses water to cool the motors, just like standard systems, but this water is then able to evaporate through Kengoro's porous steel frame and condense on the outside, further cooling the robot.
0.9
Score
Popularity
Activity
Freshness
Access Advisory Services