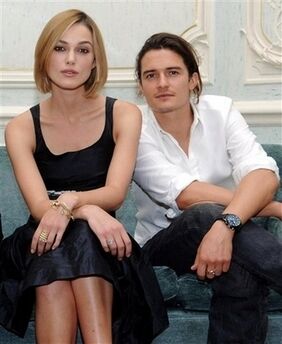 The original movie, which starred John Travolta and Karen Lynn Gorney, was set in Brooklyn and featured the subculture of disco with a fusion of fashion, music, dance and sexual promiscuity.

The Keira Knightley and Orlando Bloom remake is titled “The Fever Returns” and moves the story from Brooklyn, New York to Hoddesdon in Hertfordshire, Britain.

It would be interesting to see which direction the remake goes, especially when you consider the huge success of the original Saturday Night Fever movie and its soundtrack which still ranks as one of the best sellers of all time.

We know that Keira Knightley and Orlando Bloom have romantic chemistry from the Pirate of the Caribbean movies, but do they have the moves?
3.9
Score
Popularity
Activity
Freshness
Get Trend Hunter Dashboard