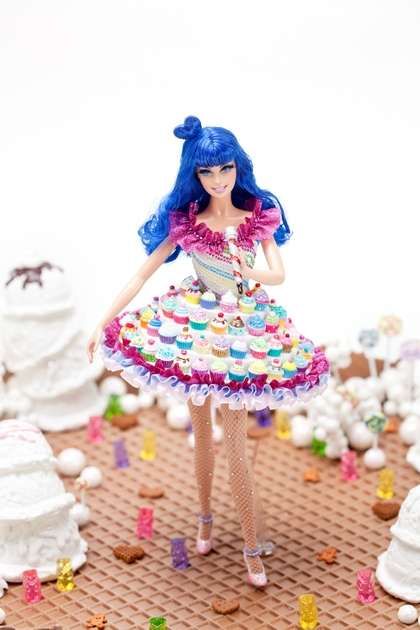 Katy Perry has built a career off of the idea of appearing as animated and doll-like as possible, and now it seems her methods are paying off. The Katy Perry Barbie doll is being auctioned online by Charity Buzz, who released a statement describing the doll, saying it comes equipped with "70 hand-painted, mini cupcakes, a candy-colored glitter-kissed bodice and fishnet stockings dotted with shimmering Swarovski crystals," all of which are inspired by Perry's 'California Girls' look.

Ms. Perry tweeted about the Katy Perry Barbie doll, saying, "I'm a Barbie girl, in a Barbie world! Bid now and benefit @ProjAngelFood." The doll is currently being auctioned for $3,200, with proceeds going toward Project Angel Food, which provides food to men, women and children with AIDS and HIV, cancer, or any other life-threatening diseases.
3.3
Score
Popularity
Activity
Freshness
Jeremy Gutsche Keynote Speaker