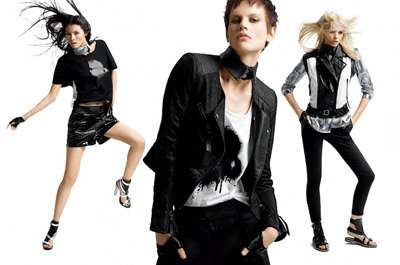 Karl Lagerfeld has photographed some of his favorite pieces and ensembles from the diffusion collection in this energetic lookbook. Featuring models Abbey Lee Kershaw, Anja Rubik, Sui He, Saskia de Brauw and Arizona Muse, this fun photo set does a great job in presenting the most covetable pieces from the KARL by Karl Lagerfeld for Net-A-Porter line, ranging from a detachable collar and chic cropped tuxedo jacket to a white fabric bag printed with a silhouette of the famous pony tail-sporting designer.