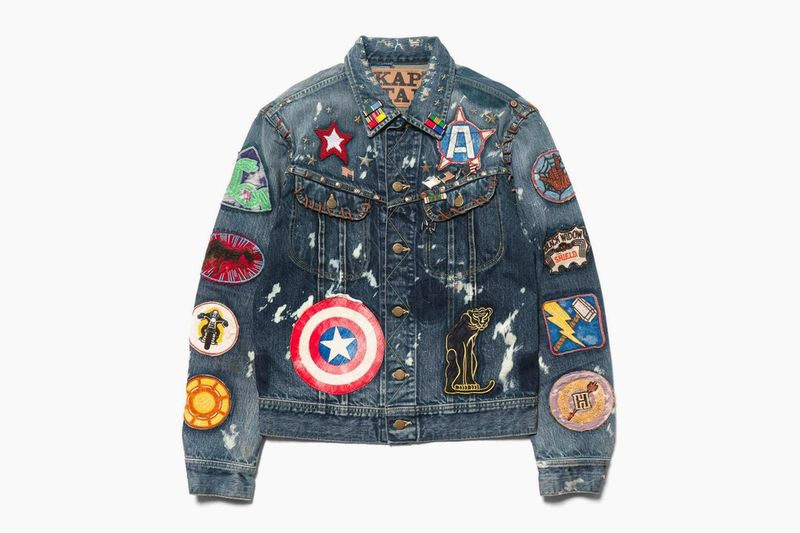 Amy Duong — April 5, 2018 — Fashion
References: shop.havenshop & hypebeast
Share on Facebook Share on Twitter Share on LinkedIn Share on Pinterest
Fashion label KAPITAL works alongside comic book giant Marvel for two collaborative denim jackets. The pieces made their first debut as a sneak peek back in October last year but have now officially launched. The collection is comprised of two approaches: a Heroes denim jacket and a Villains denim jacket. The pieces were covered with patchwork in the thematic motifs of either good or evil character and its symbols.