31 Kanyespirations
Next
Set of
Related
Ideas 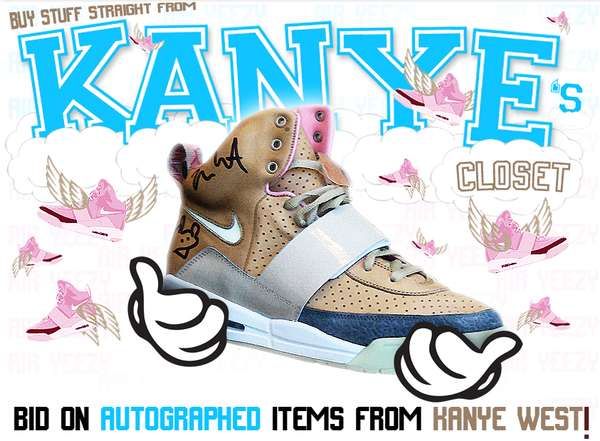 Bid for Kanye Merch in Support of the Kanye West Foundation

Autographed T-Shirts, sunglasses, CDs and copies of Kanye’s new book 'Glow in the Dark' are all up for bid, as well as some very cool Air Yeezy hightops from Kanye’s Nike shoe line. All proceeds from the online auction will go to the Kanye West Foundation. Created in the memory of his late mother Donda West, the Kanye West Foundation provides underprivileged children with access to musical programs as well as funding to help keep them in school.

So if you’re the ultimate Kanye fan, this is your chance to support a great charity as well as snag some genuine Yeezy merchandise. However, be quick! Bidding is only available for a limited time.
2
Score
Popularity
Activity
Freshness
View Innovation Webinars