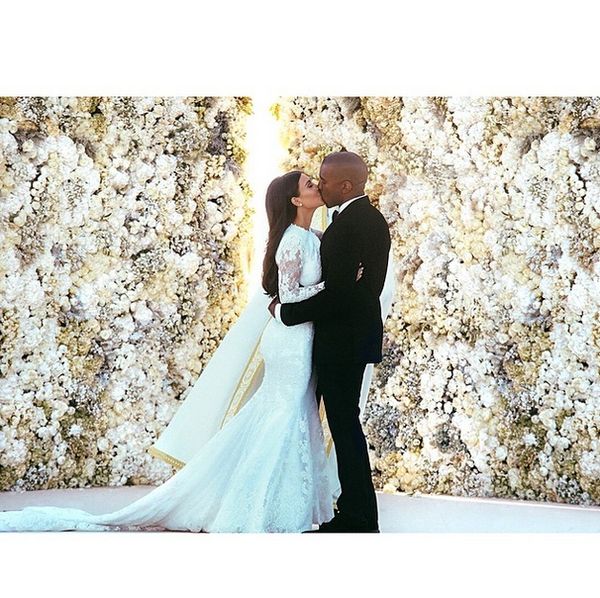 Laura McQuarrie — May 31, 2014 — Pop Culture
References: instagram & buzzfeed
Share on Facebook Share on Twitter Share on LinkedIn Share on Pinterest
There have been a lot of guest photobooth pictures from the Kanye and Kim wedding circulating the Internet, but not much else from the secretive Kimye ceremony. Kim Kardashian has been sharing a few private photos on her Instagram account, including one that's now officially the most liked Instagram photo ever, with more than 1.96 million likes. Previously this spot was held by a photo of Justin Beiber and Selena Gomez with 1.82 million likes, but Kimye has now proven that they come out on top as one of the hottest celebrity couples of the moment.

The photo of Mr. and Mrs. Kanye West is presented without comment, only a ring emoji, and it depicts the newlywed couple sharing a kiss at the altar. With thousands of comments to the photo, the Instagram snapshot is also like a guest book for both well-wishers and haters alike.
6.2
Score
Popularity
Activity
Freshness
Attend Future Festival Virtual