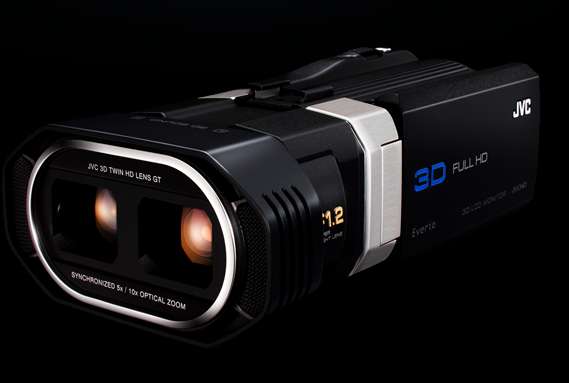 Amelia Roblin — March 11, 2011 — Tech
References: camcorder.jvc & ubergizmo
Share on Facebook Share on Twitter Share on LinkedIn Share on Pinterest
With 3D TV technology still budding, who could have guessed that the release of the JVC GS-TD-1 Everio Camcorder would come so soon? The number of people with three-dimensional televisions is still quite small, but perhaps sales of the two gadgets will rise hand-in-hand as regular people acquire the ability to shoot such complex visual videos.

The video camera itself looks as one might expect, with its most alien characteristics in the form of two lenses. It comes with a 3.5-inch display screen, 64GB of built-in memory alone, and a 34Mbps recording rate for 3D filming.

Ambidextrous Camcorders
The Samsung HMX-Q10 Recorder is Fit for Everyone