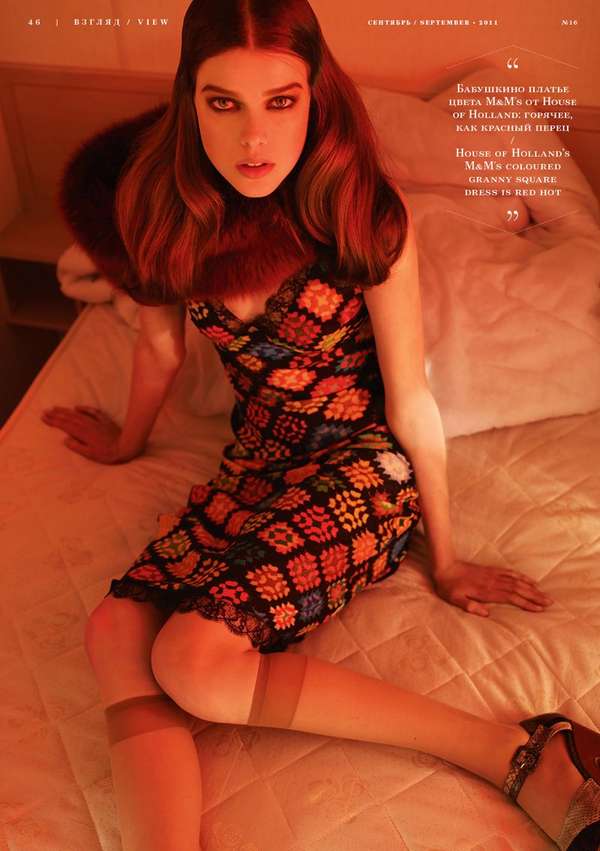 Julia Saner is a 21-year-old Swiss model who began her ascent to the top of the fashion world two years ago when she was awarded the Elite Model Look Switzerland 2009 prize. Since then, she has cut her teeth in the by appearing in major magazine editorials for publications like W Magazine, Vogue Germany, Vogue Japan, and Vogue Italia. She is currently represented in New York by Ford Models, and is represented by Elite in Europe.

Looking through the Julia Saner Playing Fashion September 2011 editorial, it's easy to see why she has captured the eyes and ears of the fashion industry's top decision-makers. Saner has an uncanny ability to exude mystery, sex appeal, and innocence in a single photograph. Her dark eyes and eyebrows make her perfect as an antidote to the stereotypical busty blonde supermodel or the wild-haired "alternative" model.

Take a look through the Julia Saner Playing Fashion gallery to catch a glimpse of what I mean.
6.1
Score
Popularity
Activity
Freshness
Jeremy Gutsche Keynote Speaker